Some of the sourdoughs in our Sourdough Library deserve a special mention. One of those is Sourdough #72: Birote sourdough. 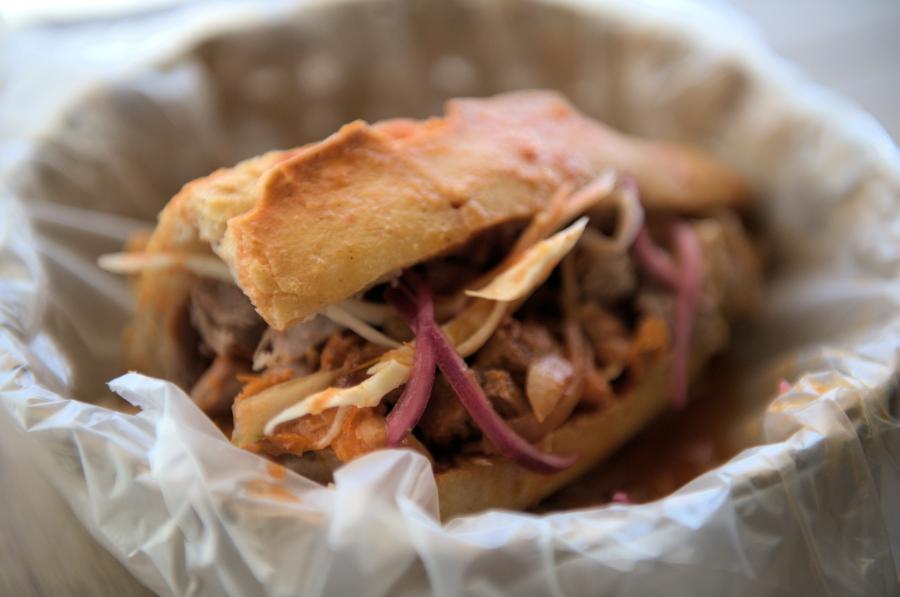 Our Sourdough Library preserves a wealth of heritage from all around the world. A prime example of a historic entry is number 72 in the Library: Birote, a baguette-style sourdough from Mexico.

Crunchy on the outside but soft and airy on the inside, the birote (also known locally as ‘birrote’ or ‘bolillo’) is a delicious French-style baguette native to Guadalajara, an inland city in western Mexico. Birote manufacturers are currently working with the Mexican Institute of Industrial Property (IMPI) to file for a Denomination of Origin. Should they win the classification, ‘birote’ will be a protected name that can only be used for bread produced in Jalisco, just as only agave-based drinks made in this or certain other states can be legally called tequila, or champagne is officially only used for sparkling wine produced in a specific region of France. Made with eggs, lime and beer, the Birote sourdough has a light, distinctive flavour which is entirely unique. None of the other 86 sourdoughs we have in the Library contain these ingredients!

Dating back to the mid-19th century, Birote sourdough was named after Camille Pirotte, a Belgian volunteer in the invading French army under Maximilian I of Mexico. Although France’s second foray into Mexico was an abortive attempt, lasting only from 1864-1867, Maximilian did his best to promote French culture and cuisine during his self-proclaimed rule. As a baker, Pirotte was supposed to teach the locals how to make French bread, but he soon realised that there was no yeast to be found anywhere in the city. Instead, he simply left the dough out to ferment for a few days, producing a sourdough which proved a fine substitute. The fresh loaves went to the French soldiers, but he gave the day-old pieces away to the city’s plentiful poor, who quickly embraced the practice.

When the Second Franco-Mexican War was over and the French forces left Mexico, Pirotte decided to remain in Guadalajara and open a bakery. Since then, the name has been transformed into ‘pan de Birote’, a sourdough baguette that is often used to make Torta Ahogada. This popular local delicacy is stuffed with meat, cabbage and onions and then smothered in tomato sauce with a dash of lime.